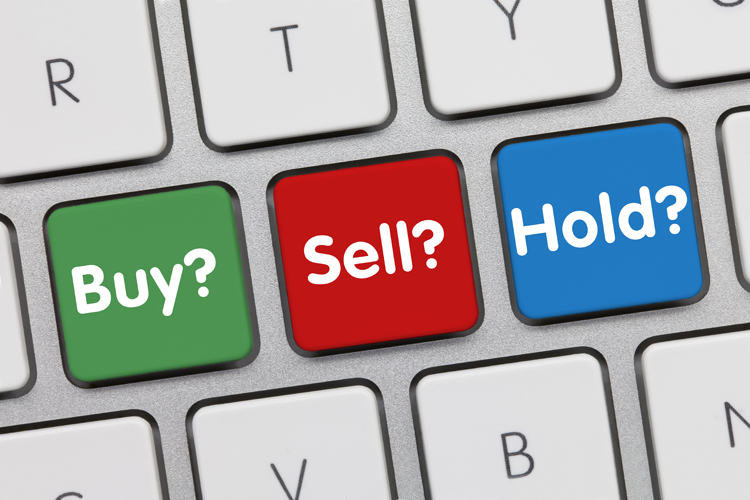 Last week was awash with points, and had plenty of returning players to target for transfers. This week is a bit more tricky with 4 teams on a bye and a lot of the worse teams playing each. Here’s out trade ideas for the week:

(this is written before most of the teams are out, so cut us some slack is coaches decide to bench, or rest players that we’re keen on 😀 ).

With the Lions, Cheetahs, Crusaders and Rebels on a bye most of you will no doubt be struggling with your backrow as the Top 4 scoring backrow are either on a bye or injured.

Teams with Tough Match-ups: The Waratahs, Reds and Stormers are all up against sides that have conceded less than 100 pts in the Hurricanes, Brumbies and Chiefs respectively, so could be in for tough week. Sharks vs Jags will no doubt be a physical game and potentially low scoring.

Injury Watch: The big miss for nearly everyone this week is Ardie Savea, and it looks like Dan Coles is still out. New injuries since the weekend also include Jano Vermark for the Stormers, Bulls Duo Botha and Steenkamp, and Sam Cane for the Chiefs.

Douglas(CRUS)-I got this wrong last week but had you brought it someone     else maybe you have a bit more free rain this week. He’s up to £$261K from $112K, profits to be taken and Read will return.

Israel Folau(TAHS) – Back at 13 this week facing the Hurricanes as Horne is injured. Bryce at fullback, I mean really what is Daryl Gibson doing… Does he not see any stats???

Tahs – going into Wellington then on a BYE, prospects aren’t good. We flagged this last week, and I’d ditch Folau if you haven’t already, and certainly the rest of their backs. Like last week I think there’s only a couple you hold on to, and I don’t think Latu’s in that group this week. I cash him in.

Stormers – the Stormers have a tough week then have a horrendous run of games. I think you can look to switch out of all non-premium Stormers – Kolbe, Viljoen, Leyds, Kolisi, Notshe, Du Plessis and Du Preez.

Highlanders – keep an eye on the ‘Landers team new. They should fair relatively well this week at home to the Blues, but again are another team on a bye the after the weekend. Player like Buckman and Banks have had a nice kick-up, and if they’re not starting make sure you cash in. Same story with the forwards – Whitelock, Hunt, Wheeler all had a good week, and it was reflected in the price change. If any of them aren’t starting look to sub them out now.

Blues – The Blues face a resurgent Highlanders team. This could be an epic game, of the Highlanders could suffocate the Blues. Given the Blues are on a bye after this week, players like Duffie and Collins have had two great games, and now could be the time to cash in.

Cheetahs – on a bye, but come back to a tough run. Henco Venter has been superb value at Backrow, but given you’ll have to make a change I think you have to sub him out. Likewise Raymond Rhule has been great, but is an OBK I definitely switch out. Both are well valued, and you can bank a decent amount to grab another premium player in that position.

Julian Savea(HURR) – If you spare the cash, i’d recommend playing your benched OBK or bring in someone cheap for another player. He’s in terrific form and I cant imagine will be rested again the following week.

Kriel(LIONS) – Again this comes down to budget as Kriel is in great form and you may struggle to bring him back in if you bin him.

Mafi(REBELS) – He started off at $200K is averaging 45.4 points per game from his last 5 appearances. Also he has gone up in value to $417K. I had him for a few games and had to sell him when the Rebels were on a bye. It’s burnt ever since then…

Fekitoa – I get rid of most of the ‘Landers, but I hold Fekitoa this week, and through the BYE if you’re able to with a nice juicy Sunwolves match-up the other side. Fekitoa is the most likely Highlander to start 3 weeks out baring injury, and if he’s getting back to his best he will kill the Sunwolves.

Reds – a tough one this week against the Brumbies, and you might not want to start your reds, but with the Kings the other side of Brumbies I hold onto your premium Reds players, like Kerevi, Higginbotham, as you have to play them. Both have been fantasy gold so far. If you’ve brought in the likes of Nabuli, Paia’aua, then likewise, hold on to them, but you might want to bench then this week.

Sharks – I’m turning the corner on the sharks. The Jags could be an ugly one, and then the Sharks are on the bye. But they come back with a run of Rebels, Jags, Force, Kings, and there’s points to be had there. If you have the option to bench their backs, then you do this week. Van Wyk has been superb, and Am and Oesterhuizen great value. You should be fine starting forwards in what promises to be a tackle-fest, and just hope they avoid a yellow.

Tahs – Hooper I hold because he’s a one of the few premium Backrows playing this week. I think you have to hold onto Foley just because he got 93 last time he player and he’ll shoot up in value even with an average game. Kepu’s also so cheap he’s not worth subbing, but you might want to bench him.

SP Marais – I expect the Stormers to have a tough one against the Chiefs then a tough tour, but this guy is playing himself into the Boks 15 jersey.

The Sunwolves are the only team playing this week that have shipped 200 pts with the Rebels and Cheetahs of. Averaging 47 pts against them per game, the Bulls should have some success, but do you really want to rely on Bulls players? – no is the answer. The next most porous defence playing this week is the Waratah’s averaging 33 pts against them each week. It doesn’t bode well for the struggling NSW side that they’re playing the most potent attack in the league this week, at their place:

Scott Higginbotham/George Smith(REDS)– The later more consistent in       points per game and Scott playing every game. The Reds play the Kings the following week and  both these players do a lot around the breakdown, so even against the Brumbies they should rack up some points.

Luke Whitelock(HIGH) – I know he’s on a bye the following week but he’s been playing better and better each week. A solid average of 37.8 points         and up against The Blues who are not exactly gelling yet.

James Lowe – 58 points last week and last time the Chiefs played the Stormers in Cape   Town they made 60 odd points. He’s averaging 44.3 and if the Chiefs  score, he’s sure to be involved.

Jordie Barrett – if you need to make a change at Centre, with Jordie kicking, playing at full back, he’s one of the best prospects for the week, and the near term.

Backrow – this is key. The Top 4 scorers are all out. Give the Jags a look for a  long term options. They’ve got a tough run, which might bode well for tackle count, and Matera has been great, with Senatore perfectly serviceable. Both reasonable value. Like Bossman said, with a view to next week, you could bring in Higginbotham, who might be average this week, but could enjoy himself the week after against the Kings.

OBK – the other key position, which has been hard work this year. With Julian rested (wtf!), Folau crapping out, and McKenzie and SP Marais with tough match-ups, where do you go. Frankly I think it’s a bit of a crap shot, because the players with interesting match-ups – Haylett-Petty, Ismaiel, Ulengo, I wouldn’t touch with a barge pole any other week. You could have a look at the Brumbies, with a couple of suggestions below, but otherwise for longer term solutions I think you look to the Jags again. Tuculet, Moyano are probably the best bets for players you can bring in for a run of games to do a job, but they don’t have the easiest run. At the more tactical, cheap for a week kind of idea, Wes Gossen and Naiyaravoro might do a job, but won’t play next week. Marty Banks, if starting at FH, again might do a job this week, but just be careful you don’t play yourself into trouble with short term ideas.

Brumbies – I really feel a little uncomfortable writing this, but if you’re a little more of a risk taker, you could look at Brumbies to solve your problems. They’ve got 2 easier games on paper. Dependent on their selection, Alcock’s been good in their backrow, and Fardy might come back with a point to prove. Speight, Kuridrani are probably safer options in the backs, with Toua a cheap flyer that could come off. If you need some FH help, Hawera could do well. All of these picks are with a 2 game view.